Dallas traded its first round pick, at #14 overall, to St. Louis, for the #6 overall pick. Dallas also included its 2nd round pick in the deal, in traditional Jerry Jones fashion (remember when he traded a FIRST AND THIRD for Roy Williams?) 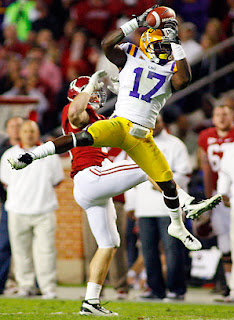 And of course, just as I send this to BockerKnocker, another trade was announced.

Honestly, as a huge Giants fan, this draft is going awful for me. For the last 6 weeks or so, since the Washington Redskins traded up, I’ve been dreading facing RGIII twice a year. Now, I (and more importantly, Eli Manning) has to also deal with the best CB in the draft? (Ed. note: expletive deleted)

In reality, as a logical sports fan, I know the (SUPER BOWL CHAMPION) Giants will be fine, but I was really a fan of the Cowboys having a laughable secondary. Guess that’s not the case anymore. We’ll just have to let Tony Romo lose the game for the Cowboys instead of their secondary. In all seriousness though, this is a solid trade and the Cowboys are much better off now for it. As for the Rams plans, I’m guessing they’ll now plan to take the best available defensive player at 14.
Posted by BockerKnocker at 8:45 PM