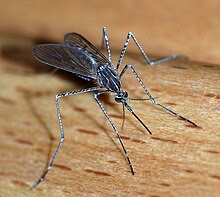 I didn't think it was possible for anybody to love my skin more than I do, but the entire race of mosquitoes has apparently descended upon my apartment as if it has exhausted every single host elsewhere. Since early fall weather on the East Coast is clearly the tits, I enjoy keeping one of my bedroom windows open at night. Every evening, I make a cost-benefit analysis, with the cool breeze of September air always winning out.

It was one night last week where the mosquitoes had enough, as if my opening of the bedroom window mocked them, daring them to unleash their fury on me. So I closed the window completely, and went back to some light air conditioning.

The Memphis Grizzlies aren't particularly old. They certainly aren't inexperienced. But their window to do some damage in the Western Conference playoffs is about to close because a particular species of mosquitoes residing in Oklahoma City have flown right on through and put their marks on the entire league.

So what has to be done for Memphis to become the force that they were two seasons ago?

On paper, it doesn't look like roses for the Grizzlies. The Thunder have two of the best five players in the league, two players who may have yet to show us their absolute best brand of ball. The Lakers partook in the summer of LA, acting fast to acquire Steve Nash and slow-playing another hand perfectly to cash in on Dwight Howard. The Spurs will always be good as long as Popovich and Duncan are BFFs. The Clippers, the team that sent Memphis fishing last spring, are run by the smartest front office point guard in the league and will feature an improved Blake Griffin. So in my estimation, that leaves the Grizzly bears at #5, or #6.

There are two types of people in this world: those who know they belong and those who feel like they belong. When it comes to true franchise players, Rudy Gay thinks he's in category 1, but thus far, he's in category 2. For the most part, his numbers do his contract some justice, but to lean on those would be akin to being a nihilistic basketball robot. The Grizzlies feature a unique frontline. Not only are Marc Gasol and Zach Randolph All-Star caliber players, but Marreese Speights and Darrell Arthur can fill out the box scores in a pinch.

Gay's skill set can enhance the impact that the Memphis bigs have on a game. With O.J. Mayo suiting up for Dallas next season, the Grizz have lost an energy guard that can attack the rim. Gay can go from 3-point line to the paint area in two strides, but too often he settles for contested jump shots. Case in point: he took almost three shots from downtown per game, but shot at a less-than-average 31% clip. Those Melo-ball type possessions take the offense away from its strength, which is playing inside-out, from Gasol or Randolph back to Mike Conley and Gay.

Attack more, and Gay will earn more trips to the line, where he's shot about 80% in each of the last two years. Attack more, and help defenders will leave big men and create passing lanes wide enough that even Tony Allen could find them. Gay is far too talented to have a win share of only 6.0 (to compare, the less talented Thaddeus Young of the Philadelphia 76ers produced a win share of 6.3).

On the defensive end, Gay can have an effect without even trying that hard. The aforementioned Allen is arguably the best on-ball defender the Association has seen since Metta World Peace started making regular therapy visits. He routinely matches up against the opposition's best offensive player, which gives Gay more opportunities to play free safety, a role perfectly suited to an athletic small forward with a 7'3" wingspan.

It's the little things that transform a player from feeling like he belongs to knowing that he belongs. The Memphis Grizzlies need Rudy Gay to be The Man, but in a way that he has not realized he can be. It may not be sexy to convince the casual fan that he's deserving of the 82 million he signed for two years ago, but sexy doesn't get you through the crease of a closing window. As I've learned, sexy is still prone to mosquito bites.

Best Case Scenario: Rudy Gay plays like the player he's always thought he was, but could never quite be. On the back of their highest paid man, the Grizzlies stay healthy and surprise everyone that forgot about their dream-like 2010-2011 season. Mike Conley continues to evolve, as does Marc Gasol, and Z-Bo does all the things that Z-Bo does. But most importantly, Gay is the world that the Grizz revolve around. The Grizz finish with the three seed, and people wonder aloud if an upset of the mighty Lakers or Thunder is possible.

Absolute Apocalypse: Rudy Gay plays like the player he's always been, not the player he thinks he is. His massive frame and physical gifts continue to waste away, with Gay continuing to languish in the second or third tier of NBA royalty, amongst the other interchangeable small forwards. Teams like Oklahoma City, the Clippers, the Lakers and the Nuggets continue to blow by Memphis, as people continue to wonder if the team simply experienced a MLB-like hot streak two years ago. The team finishes towards the bottom of the playoff bracket with little payroll flexibility and questions piling on top of questions.

Expected Finish: 2nd in the Southwest, 6th in the Western Conference