Oh boy. Here it is. Strap in and put on your positive thinking caps Mambinites. I hate to do it, but we're about to take a ride to Negativetown, the air conditioners are broken and we only have a Lou Diamond Phillips spoken word CD in the car. Sorry everybody.

Never before have I been so apathetic about a Dodger season. We're on the precipice of a major change in the organization, but this transition time has paralyzed the team, and locked them into a holding pattern until a new owner is decided upon. The most exciting part of the season might be that we get another year of the ever-immaculate play-calling of the legendary Vin Scully.


And thus, the half-hearted Dodgers squad you see before you. This offseason, Ned Colletti filled the team with stopgap solutions full of retreads, scrap heap finds and cheap veterans. Quite frankly, there's not a lot that inspires you outside of the reigning NL Cy Young winner Clayton Kershaw and NL MVP runner-up Matt Kemp.  Let's take a closer look at the team through its various components:

Infield
The Dodgers will have the best and worst coming from their infield this year. Around the diamond, this is unquestionably the worst hitting squad in the National League, and perhaps even throughout the majors.
·    Juan Uribe is coming off a career-worst year, hitting barely above .200 and providing none of the pop the Dodgers thought he would supply when they gave him a $21 million dollar deal last winter. Word is that he's lost a visible amount of weight in the offseason. Whoops.
·    Mark Ellis was signed to a relatively substantial 2-year $8 million dollar pact in the offseason and will start at second base, despite averging 120 games and a .692 OPS the previous 4 seasons. If Mark Ellis' bat was half as good as his glove, then we'd be in good shape, but since it's at about 3/8, this is not a good situation.
·    Dee Gordon is the incumbent shortstop for the first time in his young career, and even though he has tremendous speed, none of that really matters unless he can get on-base. His .325 on-base percentage last year was about 40 points lower than he needs it to be.
·    It's the same old story for James Loney: in his never-ending quest for the power that every Dodgers coach says "is there", Big Game James is still striving to crack 15 jakks, a modest total for a first baseman. Though he's gotten by on 15 homers and 90 RBI year after year, he provided not even that humble sock last year, when he needed a scorching .915 OPS in the second-half of the season to reach 12 homers and 65 RBIs. In his walk-year, Loney needs to return to form and then some if he wants to stay with the Dodgers long-term.
·    The platoon of AJ Ellis and Tim Federowicz might be the most unproductive catching duo in the majors. Between the two of them, they've produced exactly one major league home run. Great. 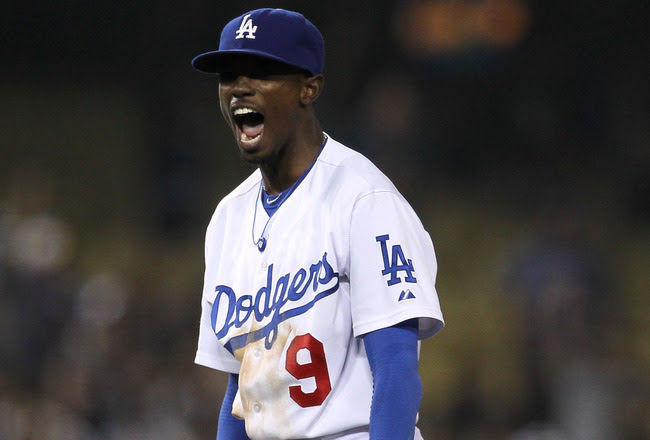 Yes, this is the worst-hitting infield in all of baseball on paper. Even the hapless Astros have Carlos Lee and Jed Lowrie, the anemic A's have up-and-comers Jemile Weeks and Brandon Allen and the Mariners could be supported by  prospects Justin Smoak and Dustin Ackley.

That all being said, this is probably the best-fielding infield in the majors. Every single one of these guys carry the descriptive caveat of being "light-hitting, yet slick fielding." Ground-ball pitchers Chad Billingsley and Aaron Harang will really benefit from a defense that will rarely let them down. I wouldn't be surprised if we saw the Dodgers get 5 Gold Glove awards and less than triple that in home runs. 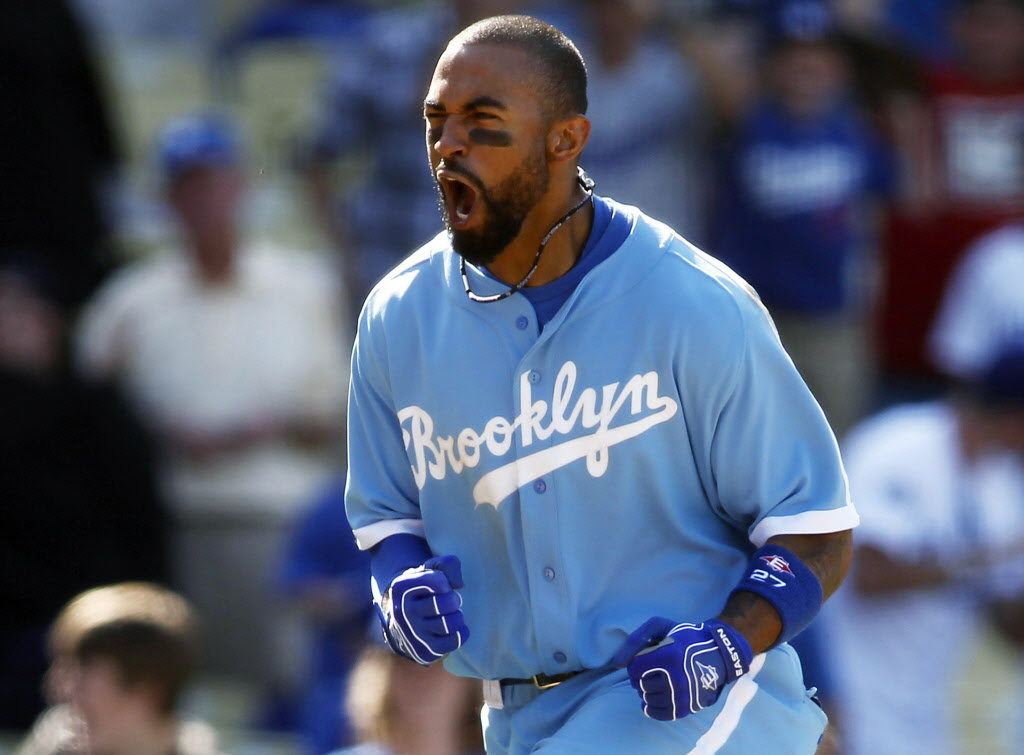 Outfield
The Dodgers outfield will either be a one-man show, or one of the best in the National League.
·    It's now or never for Andre Ethier. On the last year of his rookie deal, Ethier must produce power-wise to secure long-term extension with the team. He's just two years removed from an Silver-Slugger type season. If he regains form, like he's shown in Spring Training, he's one of the keys to being more than just a spoiler in September.
·    The real key though, could be the Sandschise, Jerry Sands. Perhaps the Dodgers best positional prospect by default, the left-field job is Sands' to lose...which is exactly what he's doing right now in spring training, hitting less than .150 with only 1 extra base hit. If he keeps on stinking up Camelback Ranche, he'll be sent back down to the farm in lieu of Juan Rivera.
·    And then there's the should-be 2011 NL MVP. What else can you say about Matt Kemp? He's the best overall player in the majors.
Bench
The great thing about the Dodgers is that they have one of the best benches in the league. Too bad that they all are starting.
What's left is a crap-tastic platter of fringe platoon players like Jerry Hairston Jr., Tony Gwynn, Jr., Adam Kennedy, Justin Sellers and Juan Rivera. They are, for the most part, working on guaranteed deals, which shouldn't be the case with guys of this caliber.
Starting Pitching 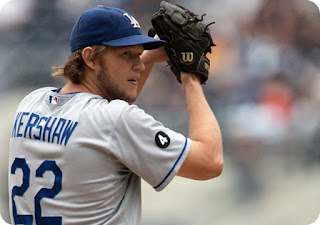