A Brand New Start of It, in Old New York 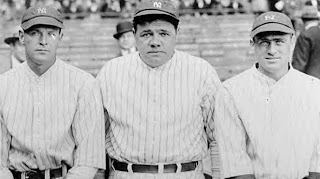 In 2006, Detroit Tigers manager Jim Leyland described the potent New York Yankee lineup with the phrase "Murderer's Row and Cano." Of course, everyone looked past the blasphemy of comparing any lineup to the first six hitters of the 1927 team, because Leyland couldn't have been 100% serious, the Yankees had just run through the American League with considerable offensive firepower, and hey, it rhymed. But that was 6 years ago. 6 years ago, Derek Jeter was 31, Alex Rodriguez was 30, both in the primes of their athletic careers. 6 years ago, nobody would dare call Yankee Stadium a bandbox or lament of a possible jet stream. And 6 years ago, Robinson Cano was merely the tail end of a Yankee rhyme.

In 2012, both Jeter and A-Rod will spend time in the designated hitter slot to make sure their brittle bones can stomach another 162+. Pitchers visiting the Boogey Down will see their earned run averages increase ever so slightly. But this season is all about one man.

Last year, Cano produced a triple slash of .302/.349/.533. He was an All-Star for the second consecutive year, finished 6th in the American League MVP voting, and won his third Silver Slugger award. The best second baseman in baseball was actually coming off a 2010 season in which he actually produced better numbers, but his impact on the 2011 team went beyond the statistics. The Yankee infield, minus Cano, missed a combined 100 games last season. And while nothing should be taken away from Curtis Granderson's surprise production, we must remember what player the opposing scouting reports primarily featured. Cano can hit the balls tailing outside and ones jamming inside. Throw a ball in the dirt and he'll foul it off; throw the cheese up high and he'll smack it over the shortstop. He can hit off of righties, and he smiles when you bring in a situational lefty. If the opposition wanted to groove a fastball to Granderson, they took that chance, because there was no way they wanted to deal with men on base once #22 stepped in the box. 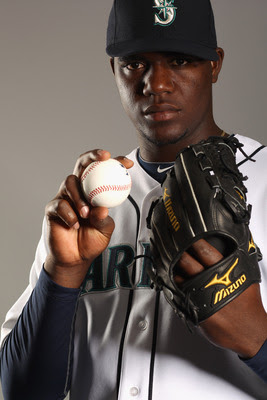 The upcoming season will showcase the other 24 members of the active Yankee roster, and just for completeness, I'll try to overlook the fact that they will be standing in Robinson Cano's shadow. The starting rotation is as deep as the lineup that plays on the NYC hardwood, finally giving undisupted ace, CC Sabathia, some help. Youngsters Michael Pineda and Ivan Nova have the smell of front-line potential. Hiroki Kuroda won't match the top 3 zero for zero in earned runs, but his ability as an innings-eater has carved out a special spot in KOBEsh's heart. And battling it out for spot number 5 is Freddy Garcia, last season's unsung hero, and Comeback Player of the Year candidate, Phil Hughes.

The bullpen doesn't feature any slouches either features only one slouch, and he'll be out for the year anyway. There might not be a better 1-2-3 combo in former closer Rafael Soriano, strikeout whiz David Robertson, and Yankee God Mariano Rivera. It would have been nice to be flanked by Joba Chamberlain, but an unfortunate trampoline injury actually overshadows what may have been a lost season for the kid regardless. Some pitchers take two years to recover from Tommy John surgery; one look at the roller coaster career track of Joba would not surprise any Yankee fan, were Joba to struggle in his first recovery season.

That rotation and bullpen may provide just enough breathing room for YOUR New York Yankees to win games by scoring 4 runs instead of 6. But rest assured, the offense will put up some gaudy numbers as always, especially because talent/money isn't spent or spread evenly in this sport. A-Rod will have his fair share of monster home runs off of middling Baltimore Oriole relievers, Jeter will produce a 5-for-5 game against the Oakland Athletics, and some Cleveland Indian pitcher will give up a moonball to Mark Teixeira by forgetting to pitch him into the shift. These events will occur many times over the dog days of spring, summer, and early fall.

But there's one thing we expect to remain constant: the 29-year old second baseman who rips doubles into gaps and fires side-arm strikes to first base. In the past 5 seasons, Robinson Cano has missed a total of ELEVEN games, truly the impressive ironman in a post-Ripken world. His underrated power with the bat is accompanied by his extraordinary finesse with the glove. He is THE best left-handed hitting baseball player in the world, and he would be #1 overall were it not for a couple of gifted first basemen that reside in Los Angeles and Detroit. And to top it all off, he's a homegrown product shining on the big stage.

Robinson Cano is so good that his parents had the foresight to bestow greatness upon him, naming him after one of the most influential sports figures of all-time. Cano is so good that his Home Run Derby performance was overshadowed by the fact that he chose his father to throw those batting practice fastballs (and on the money, I might add). Robinson Cano is so good, that the only thing better that could happen to the Yankees this season would be manager Joe Girardi asking for a different uniform number next year.

Posted by BockerKnocker at 10:45 AM